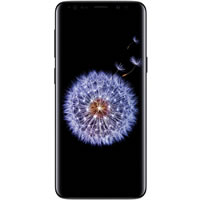 The Galaxy S9 and S9+ have nearly identical features to the S8 models, with the same display sizes and aspect ratio as their predecessors. While the S8’s is found beside the camera, the S9’s is directly underneath it. Most notably, however, the S9 line is equipped with several camera improvements over the S8.

You Said How Much!?!

Should I fix my Samsung Galaxy S9?

Whether you’re here because you’ve got a broken screen, or because your device is just generally feeling slow, we’ve got a few tips for repairing the Samsung Galaxy.

Our labor is only $59 on the repair, the rest is all parts costs.

Samsung’s are one of the most expensive devices to repair. If you’d rather upgrade, we offer cash for phones, tablets, laptops and other electronic devices. Get an instant quote to sell your Galaxy S9 today.

Will you need my passcode?

We prefer it, but it is not required. We need to test out the device to make sure our repair was successful. We run diagnostics on your device both before and after the repair to make sure it is still running in tip-top shape. If you do not wish to provide the passcode (and we understand the desire to preserve your privacy) we will not be able to guarantee a turnaround time as we will not have had the ability to test our work post-repair. All staff signs a customer data privacy policy before working on customer devices, any staff found to violate this policy is immediately terminated.

On average, most smartphone repairs are finished within one to two hours of drop-off at any one of our stores. Many non-iPhone parts are not in-stock and are special order. No appointment is required, but we always recommend to call ahead to check for parts and turnaround times.

Pretty simple, we break it we bought it. If our parts fail within one year, bring it back, and we’ll fix it again under warranty. We’ve been doing this almost ten years, and have hundreds of positive feedback and reviews.

In the event we cannot fix your device, there may be a $19 to $29 diagnostic fee.