Skip to content
What is the cost for MacBook repairs? 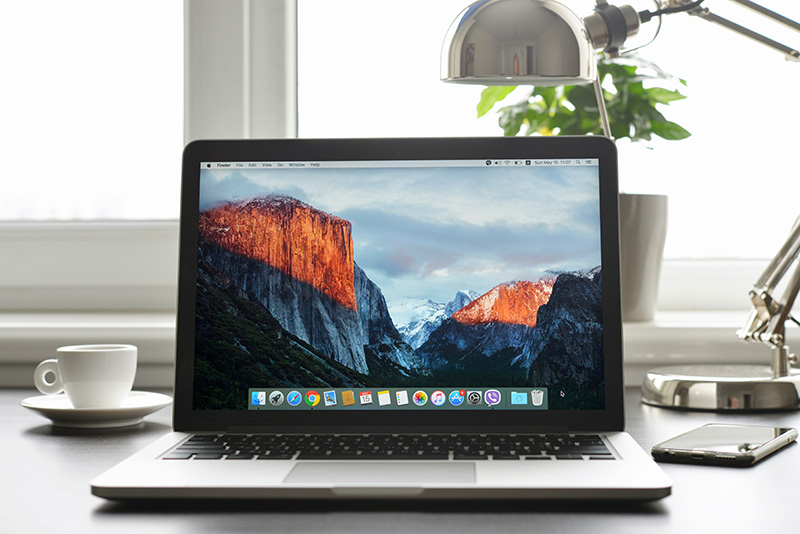 How much does it cost to repair a MacBook?

There is no simple answer to how much it will exactly cost to repair an Apple MacBook. There are many generations and variations of the MacBook, creating a range of repairs from as inexpensive as $29 to as expensive as $849.

To make your MacBook repair less intimating, we’ll go through different repair services whether you have a MacBook Pro, MacBook Air, or the MacBook. Each repair center is different, so we will discuss the repairs that we will perform at Gophermods for your Mac.

Which MacBook do you have?

The MacBook Pro is the professional laptop that is used by most and is the most common MacBook we’ll encounter at our repair stores. The best way to identify that you have a Pro is that it’ll typically say it right on your screen. It won’t say MacBook, it’ll say MacBook Pro.

A MacBook Air is most commonly found in the education world, as most schools deploy the MacBook Air. It was designed to be a thinner, less powerful, and more economical to the MacBook Pro. The Air would be the ultimate travel companion because it has better battery life, thinner and available in two smaller sizes the 13″ and 11″. Similarly, you can tell if you have a MacBook Air because it’ll say MacBook Air on the screen, not MacBook or MacBook Pro. 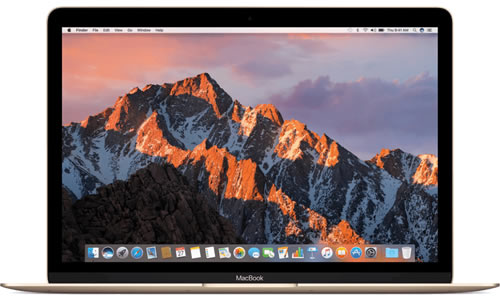 These models were most common in the early part of the 2000s, until the release of the MacBook Pro. Apple stopped refreshing the MacBook in 2009 and has since refreshed the MacBook again with the 12″ retina model in 2015. In true Apple tradition, this unit will only say MacBook on the display.

Identify the year of your MacBook.

Starting in the middle of 2012, Apple began selling most of the MacBook Pro lineups of units with the retina display. This retina display was a departure from the traditional TFT LCD displays that most laptops used at that time, and as a result these new high end displays drastically increased the repair price for the display.

For the MacBook Air models, screen prices are pretty consistent as Apple in the MacBook Air 13″ model utilized the same display from 2010 through 2017. As a result, you’ll find a little more reasonable repair options for your broken MacBook Air screen.

The MacBook 12 Retina was released in 2012 and was a refresh of the traditional MacBook model that was discontinued in 2010. As given by the name, this MacBook also has the high-end retina display, thus creating a higher repair cost average for a display on these MacBooks.

Can you replace the battery on my MacBook?

Determining the price of a MacBook battery replacement does start with your MacBooks model year. Contrary to what you may have read on most tech websites, all MacBook batteries are replaceable. Whether or not you can do it yourself depends on the year of your MacBook. Most MacBooks Pros built before the middle of 2012 were fairly easy to replace. 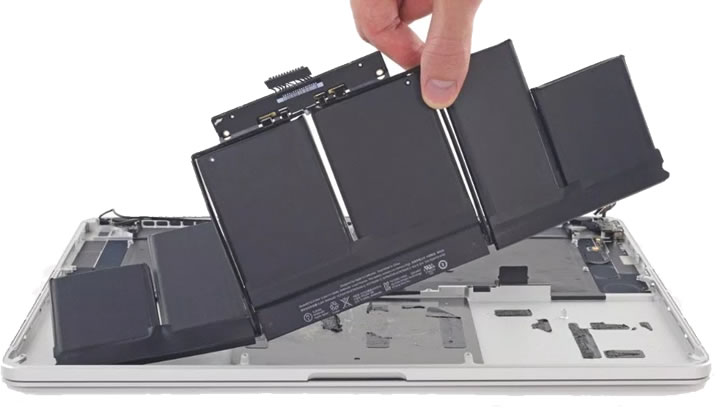 Will Apple repair my MacBook?

Yes, Apple currently services MacBook, MacBook Pro and MacBook Airs at their retail stores across the country. Depending on where you are located, most repairs are not completed in the store and are sent off to facilities in Texas, California, or New York. All quotes by Apple include this expedited shipping to and from the retail stores. You can learn more about the repair service here.

As expected, servicing your MacBook at Apple is typically going to cost you significantly more than any other repair center, especially Gophermods. There are certain exceptions where repairing your mac at Apple makes more financial sense.

If you have had your MacBook liquid damaged, then Apple usually will be less expensive. If you have multiple issues with your MacBook, Apple is probably your best bet.

Apple offers a tiered pricing system for repairs at its service centers. They range from a tier 1 through tier 4 repair service program. As a result, there is a minimum and a maximum price with the services. There is a sweet spot where Apple is the best value.

Apple’s tier repair structure ranges from $300 up to $849 depending on which MacBook you’re servicing. If you’ve completely fried your super high end $4,000 MacBook Pro 15″ Touch bar, you should take it to Apple. If you are looking for a screen replacement on your entry-level MacBook Air 13″ from 2014, that has a few other dents but works fine, then you’ll want to run away from Apple because they’ll charge you $799 plus sale tax.

Why do dents and other issues matter to Apple? Well if you have a perfectly working MacBook with only a cracked screen, but say you have a small dent in your bottom case, they will insist that you replace the entire unit with the tier 4 repair service and not just repair the cracked screen.

So what should I do with my broken MacBook?

At Gophermods, all repair quotes are free. All of our Minneapolis repair stores offer services for mac repair. If you’re not certain what is wrong with your MacBook, our diagnostics are only $29. If you decide to proceed with any repairs, we apply your diagnostic fee to your total cost.

If you bring us your fully customized MacBook Pro and we don’t think we can help, we’ll point you in the right direction and tell you whether or not if Apple is your best option or if replacing the unit might be a more worthwhile alternative too.

On average, most MacBook Repairs are finished within one to two hours of drop-off at any one of our stores. Unlike more repair facilities, no appointment is required and we bet you’ll be walking out in a few short hours with a repaired iPhone.